Ruth Bader Ginsburg: A Legal Giant — and a Nurturing Aunt 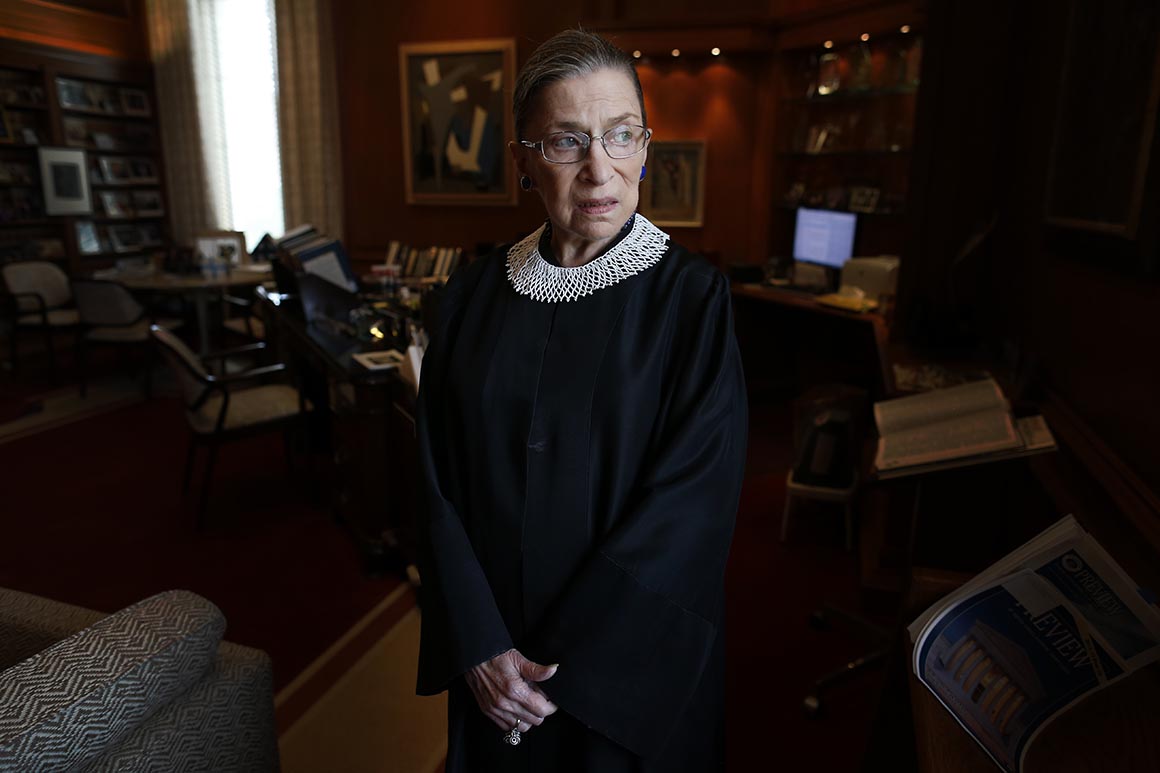 For much of my life, that’s how I thought of Ruth Bader Ginsburg: as an intense and quiet woman with an employee discount at the Supreme Court Gift Shop.

I had no idea.

I didn’t know that until fairly recently women weren’t considered people entitled to “equal protection of the laws” under the U.S. Constitution.

No one told me how that only began to change when Ruth and Marty, together, stood before a panel of judges from the 10th Circuit Court of Appeals in 1971. Their client was a man. His name was Charles Moritz, and he had been denied the help of a federal tax deduction to care for his ailing mother at home.

I didn’t know that when she was the same age I am now, Aunt Ruth co-founded the Women’s Rights Project at the ACLU. Through the WRP, she painstakingly, patriotically worked to free us — all of us — from the unbearable assumption baked into our laws that men are and must be providers, while women were created to keep the home.

She did all this without expectation of wealth or fame or advancement. And in this most acrimonious of times, what is perhaps most shocking of all is that she succeeded not by destroying the people who disagreed with her, but by convincing them to change their minds.

And for an embarrassingly long time, I didn’t even know the half of it.

But a little while after Uncle Martin died, I asked Aunt Ruth’s permission to write a movie about the two of them arguing Moritz v. Commissioner of Internal Revenue. Ruth had no idea whether I knew how to write a movie. She doubted anyone would be interested in seeing such a film. Still, she said yes. And boy did I get an education.

It took nearly 10 years from its conception before On the Basis of Sex made it to theaters. For me, it was a decade-long guided tour of my aunt’s remarkable life and career — from one of nine female students in a class of more than 500 at Harvard Law School, to one of nine justices on the U.S. Supreme Court. Ruth was my teacher, my coach, my cheerleader and by far my harshest editor. It was such an incredibly generous act, such a patient and caring performance of love.

Here’s what I still carry with me from that time. The great fortune to be Ruth’s nephew has nothing to do at all with what she accomplished, and everything to do with how she lived.

Ruth never felt her ambitions made her a less nurturing mother. Just as it was impossible to see Marty don his apron and think him less of a man. They each pursued their talents and their passions. The chores neither liked, they shared. They were equal partners, helping each other excel as lawyers and parents and people.

And it did this little boy incredible good to see it, even before I was old enough to understand how it would influence my own life.

I tried to tell Aunt Ruth before the end how grateful I was. My one regret is that I’ll never be quite sure that she heard. I hope she knew. I hope she recognized that I am, today, a better husband, father and man because “Marty-and-Kik” showed me how to be. And that it was the best gift anyone could ask for.